No one who is responsible for implementing GASB Statement No. 87, Leases has been surprised that the process has been challenging. The new lease accounting standard for governments will require major changes in the way governments account for a variety of lease arrangements. Even before COVID-19 came along, the prospect of making the transition to the new standard was daunting.

When the implementation date was postponed to fiscal years beginning after June 15, 2021 in response to the pandemic, many breathed a sigh of relief. Now, as our clients tackle early implementation of GASB 87, the specific challenges are coming into focus.

Whether they are evaluating fifteen contracts or more than three hundred, the obstacles arising during the implementation process are similar.

Gathering the data. For implementation teams, one of the most time-intensive tasks has been collecting contracts that include known leases and finding other contracts that need to be evaluated for their content. In many cases, contracts are amended and finding the correct source document is an additional challenge.

Tip: Start this process early to give yourself time to contact the vendor or to check with places, such as purchasing, IT, legal, or archived Minutes, that may have the source documentation.

Defining the term of the lease. When it comes to determining the lease term, the “non-cancelable period” may not be as easy to determine as it seems. When calculating the lease term, you will start with the non-cancelable period. Once both the lessee and lessor have a right to terminate a lease, it becomes cancelable, e.g. a month-to-month lease. If the lessee and lessor can terminate a lease, even when the cancellation penalty costs are so great, they likely would not, GASB 87 considers it cancellable.

A non-cancelable period will exist when one party has a right to terminate the contract but it is reasonably certain they will not. “Reasonably certain” is a high threshold of probability.

Tip: Document how the “reasonably certain” judgment of terminating or extending a contract was made (e.g. market conditions or contract-based factors). This will be helpful in the future, because the decision could change. For example, three years into a five-year lease term, the asset may not be performing as well as expected and you may not want to extend the contract.

Selecting the discount rate. This should be done early in the evaluation process. In a contract with multiple lease components, there may be more than one rate to estimate. This will be a judgment call for governments and the determination should be documented. Remember, the higher the discount rate, the lower the liability will be. As a lessee, the lease payments will be discounted using an interest rate when the transaction was entered into. When the implicit interest rate is not readily available, the government will use its estimated incremental borrowing rate. This is defined as an estimate of the interest rate that would be charged for borrowing the lease payment amounts during the lease term. This is an entity-specific rate, based on the creditworthiness of the government.

Finding embedded leases. Embedded leases may appear to be service contracts, but in reading the contract, you find you are also getting an asset to use, such as equipment. Advertising, transportation, and construction agreements could potentially have a lease embedded within them.

TIP: Include service contracts in your evaluation process.

If it walks like a lease and looks like a lease…is it a lease? Contracts do not necessarily say, “LEASE” at the top. It is important to be able to determine which agreements are leases, which are not, and which contracts may have leases embedded in them.

A lease is defined as a contract that conveys control of the right to use another entity’s nonfinancial asset (the underlying asset) as specified in the contract for a period of time in an exchange or exchange-like transaction.

Before evaluating contracts, it’s critical to break down this definition and understand its parts:

1. “contract”: There must be a contract or signed agreement.

2. “conveys control of the right to use another entity’s nonfinancial asset”: Ask these two questions to determine whether there is control:

3. “as specified in the contract” is important, as noted above. If the contract conveys control for a partial amount of time, e.g. it is for two days a week, or three months a year, it could be a lease if that is how often the entity controls the asset. It does not have to be unlimited use.

These are just a few of the hurdles our clients have faced as they begin implementation of the standard. We would be happy to share lessons learned and to assist you with a smooth implementation. Contact us. We are here to help. 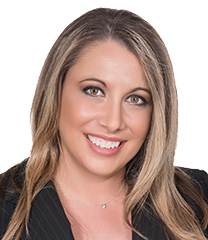