The Securities and Exchange Commission (SEC) has the mission “to educate and empower investors so they can plan for a financially secure future.” The SEC held a roundtable in October to help raise awareness about the exploitation of a specific investor group — the elderly. Unlike younger people, older investors may lose more money to fraud scams and have less time to recover.

The first line of defense is educating the elderly about potential financial exploitation schemes. Trusted advisors — including lenders, CPAs, financial advisors and attorneys — can play a key role in identifying suspicious transactions, behaviors and recommending preventative measures. However, every individual, and even local businesses, can help spread awareness about these risks to their loved ones, friends, employees and customers.

Elder financial abuse and fraud costs older Americans $36.5 billion per year, according to the National Council on Aging. Many elderly victims are too ashamed to report their losses, or they mistakenly believe they can't get their money back, making the statistic a conservative estimate.

Clayton reassured roundtable participants that the SEC's enforcement division is “vigilant in pursuing bad actors and returning money to harmed investors.” The U.S. Department of Justice (DOJ) has also made elder fraud one of its highest priorities.

When the DOJ suspects fraudulent activity, it generally uses suspicious activity reports (SARs) to trace where the money is going, and to coordinate with the Treasury Department's Financial Crimes Enforcement Network (FinCEN), the Federal Trade Commission, and other state and federal partners to identify and stop fraud schemes.

The Consumer Financial Protection Bureau (CFPB) recently issued a report on suspected elder financial exploitation. It found that this issue is on the rise. Roughly, half of elderly exploitation comes from an unknown individual, while nearly one-third of cases are committed by an individual trusted position.

According to the SEC, common examples of elderly investor scams include:

Pump-and-dump schemes. These often feature a microcap or penny stock that the fraudster hypes with false or misleading statements to artificially inflate the price. The fraudster sells his or her stock while the price is high, and then stops touting it. Investors are left with worthless or low-worth securities.

Shady investment advisor services. An investment advisor has a duty to serve the best interests of his or her clients. But some dishonest advisors use unauthorized and deceptive methods to generate greater bogus commissions, or steal money outright.

Variable annuities. Though these can be a legitimate tax-deferred investment product, the SEC and FINRA are concerned about their growing popularity. They come with high commissions and substantial early-withdrawal penalties, making them unsuitable for many seniors.

“High-return” or “risk-free” investments. If an investment sounds too good to be true, it’s often a scam. The truth is that no investment is without some level of risk.

Director of the DOJ's Consumer Protection Branch, Gustav Eyler, said that he encounters telephone-based fraud, tech support schemes or mass mailings in which the perpetrator is overseas. Senior Vice President at AARP, Jean Setzfand, noted that 4.8 billion robocalls were placed in the United States in August and 45% were scams.

During the afternoon, SEC roundtable discussions focused on how to design rules and deploy enforcement resources to prevent fraud from happening at all. The SEC currently combats fraud through educational components, rulemaking efforts to close gaps, and SEC employees volunteering and conducting outreach at events.

SEC Commissioner Elad Roisman added that the SEC works closely with other regulatory agencies, self-regulatory organizations, FINRA and more to coordinate protection efforts. The FINRA has taken steps to address the issue, including establishing a senior helpline, educational resources, and Rules 2165 and 4512. The AARP also has a helpline for members who suspect fraud.

It can be tricky to educate seniors about investor fraud scams and preventive measures. Lori Delagrammatikas, Executive Director of the National Adult Protective Services Association (NAPSA), explained that many elderly people don’t believe they could fall victim to investment fraud. They are more likely to respond when an educational message is framed as a method for them to protect friends and neighbors.

Congress passed the Senior Safe Act in 2018. This act defines elder financial exploitation as “the fraudulent or otherwise illegal, unauthorized, or improper actions by a caregiver, fiduciary, or other individual in which the resources of an older person are used by another for personal profit or gain.”

If you have questions or would like more information about elderly investor fraud scams, contact a Weaver professional. In addition to providing educational resources, we can help you report any suspicious transactions or behaviors to state or federal authorities. 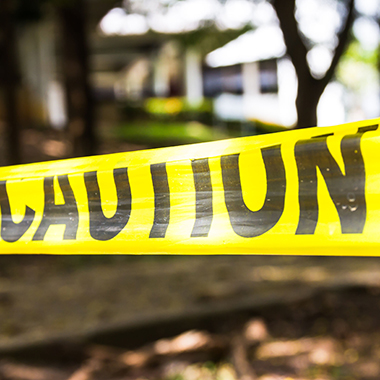 To Be Effective, You Can't Fight Fraud Passively

When it comes to reducing fraud loss and duration, active detection methods (such as… 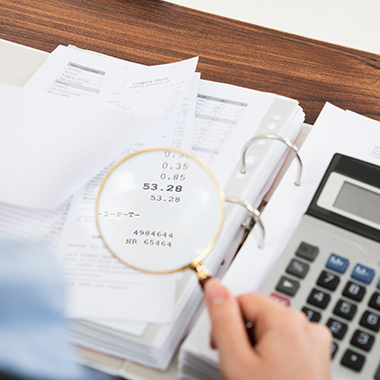 Prevent Fraud with the Help of Your Audit Committee

Your board’s audit committee is a first line of defense against fraud. But to be effective, committee members need to do…