Will Naming the Lead Auditor Improve your Audit Quality?

Rule 3211, Auditor Reporting of Certain Audit Participants, has raised doubts on producing the intended benefits as explained in a recent study. The Public Company Accounting Oversight Board (PCAOB) issued the rule at the end of 2015. It requires accounting firms to identify the name of the engagement partner in a public company audit. Investors pushed for the rule, stating that auditors' performance would improve if they knew that their names would be made public.

Disclosing the lead auditor is required under the Securities and Exchange Commission (SEC) Release No. 2015-008, improving the Transparency of Audits: Rules to Require Disclosure of Certain Audit Participants on a New PCAOB Form and Related Amendments to Auditing Standards. The disclosure is on Form AP, “Auditor Reporting of Certain Audit Participants,” and must be filed within 35 days of the audited company's 10-K filing submission.

Rule 3211 went into effect in 2017. However, the effort to approve the final version took several years due to industry opposition. Investors argued that publicizing lead audit partner names would raise accountability, make them more careful and provide incentive to resist pressure from clients to bend accounting standards. Investors also felt the rule would help them track an individual partner's work over time.

However, audit firms generally opposed the lead-partner disclosure requirement. They argued that audit partners are already accountable to multiple parties and these disclosures would raise their liability risks under securities laws. Such increased risks could, in turn, translate into higher audit fees.

A Look into the Case

A recent study on Rule 3211’s effectiveness was published in the September/October 2019 issue of The Accounting Review. The authors include Lauren Cunningham of the University of Tennessee, Chan Li of the University of Kansas, Sarah Stein of Virginia Tech and Nicole Wright of James Madison University. These authors concluded that “Overall, we are unable to detect a significant change in audit quality attributable to Rule 3211 when evaluated along [several dimensions, including the] propensity to misstate and the likelihood of issuing an incorrect material weakness opinion.”

The study did find that audit quality improved during the implantation period. “Results indicate that several of the proxies of audit quality…increased in the first year of Rule 3211,” it stated, continuing similar improvement in the previous year. However, upon further review, the findings also suggested that any improvement may have had little to do with Rule 321.

2. The “pseudo adopter” sample. This group consisted of companies that issued their annual reports in the months before January 31, 2017. These companies didn’t have to identify the lead audit partner.

Intended results for researchers were to prove whether Rule 3211 brought about better audit quality. If so, the change should have been significantly greater for companies that didn't previously disclose the engagement partners. The improved audit quality should also be much greater for companies disclosing audit partner identities in Form AP than for pseudo adopters. However, neither was the case.

Three principal proxies of audit quality were used in the study:

The study offered two reasons as to why Rule 3211 hasn't led to audit quality improvements: “First, accounting firms argued that partner accountability was already sufficiently high prior to mandatory disclosure, such that partner identification would not induce additional improvements to audit quality. Second, the final adoption of Rule 3211 required audit partner disclosure in Form AP, which…may not pervasively affect partners’ sense of accountability as the PCAOB originally intended.” Originally, the PCAOB wanted audit engagement partners to sign their names, rather than use identifiers that make it difficult for people to find them.

The authors caution that their findings provide initial evidence only. More research will be necessary to evaluate other potential results. Upon new results, the PCAOB may revise Rule 3211 to achieve desired outcomes or may abandon it if costs outweigh the benefits. For questions regarding this rule and its implementations, contact a Weaver professional today. 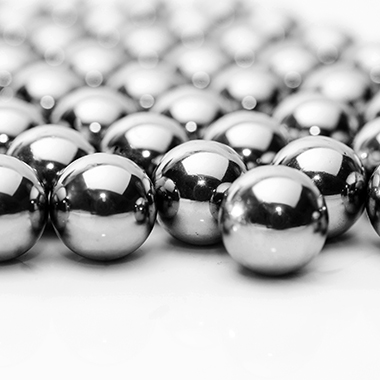 In early 2018, the leadership of the Public Company Accounting Oversight Board (PCAOB) changed hands. The new board members have taken…