IT Insights - Updated SEC Cybersecurity Guidance: Are You in Compliance?

Equifax stock fell 35% after a massive data breach was revealed — and at least one executive is facing criminal charges. Target’s quarterly net earnings plunged 46% following the news that credit card information had been compromised for as many as 110 million customers. Facebook’s handling of private information, although not technically a breach, has caused serious damage to its reputation and resulted in founder Mark Zuckerberg being called before Congress.

Such threats are not new. In 2011, the U.S. Securities and Exchange Commission (SEC) released a set of guidelines for how public companies should disclose cybersecurity risks and breaches to their shareholders. At that time, organizations were beginning to recognize just how much of an impact cybersecurity (or lack thereof) was having on their earnings value. 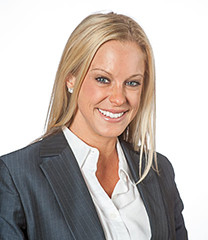