Time Is up Soon on Private Company Leases

This year, it was public companies. Next year, time is up for private companies to comply with new lease accounting rules that could have major effects on their balance sheets. The new standard goes into effect for private entities in 2020; here’s what to expect.

Operating leases must now be reported

Under existing U.S. Generally Accepted Accounting Principles (GAAP) rules, a lease obligation is reported on the balance sheet of the company that leases the asset (the lessee) only if the arrangement is similar to a financing arrangement — then it’s considered a capital (or finance) lease. Otherwise, it’s an operating lease, which is expensed as lease payments are incurred, with the terms disclosed in the footnotes.

For example, if you lease a computer for most of its useful life and can purchase it for $1 at the end of the lease term, the arrangement would likely qualify as a capital lease. But if you sign a five-year lease on office space, it would probably be classified as an operating lease under current practice.

The Financial Accounting Standards Board (FASB) estimates that this treatment has allowed companies to keep roughly 85% of their leases off their balance sheets. But that’s changing under Accounting Standards Update (ASU) No. 2016-02, Leases (Topic 842). For public companies, the new standard was effective for fiscal years beginning after December 14, 2018 (in other words, 2019 reporting for calendar-year public companies).

Although private companies have an additional year to implement the changes, they should prepare now for changing their accounting practices and systems. Companies who have already made the change have found that it takes significant time to track leased assets and evaluate contract terms.

What kinds of changes are required?

The big difference between existing rules and the new ones is that all leases with terms of more than 12 months — both capital and operating — will be reported on the balance sheet. Initially, the liability will be based on the net present value of those payments and the value of the right-to-use assets. Companies can also elect to capitalize leases with terms of 12 months or less.

In addition, lessees will need to expand disclosures about the terms and assumptions used to estimate their lease obligations, including information about variable lease payments, options to renew and terminate leases, and options to purchase leased assets. As a practical expedient, the new standard allows private companies and nonprofit organizations to use risk-free rates to measure lease liabilities. But beware: Some contracts that qualify as leases won’t have the word “lease” written across the top of them. Instead, a lease may be embedded in the fine print of a service contract.

Depending on the number of leases a company carries, meeting the new requirements can require accounting software system changes and process adjustments. Recent surveys indicate that many private company executives feel unprepared to comply with their 2020 lease accounting compliance deadline.

At this time last year, public company executives reported fewer concerns about the 2019 deadline they faced. But public companies that have already implemented the new lease standard report that the process took much more legwork than they’d anticipated.

Private companies that follow GAAP and lease real estate, equipment and other assets will probably notice major changes to their balance sheets and footnote disclosures, starting in 2020. Be aware, too, that the balance sheet changes can affect the company’s debt-to-equity ratio, and therefore its debt covenants. Don’t underestimate the amount of time and effort that’s needed to implement the changes to the lease accounting rules.

Weaver offers a helpful infographic to help you understand the basics and get started with implementing the new requirements. If you’d like help identifying leases and making a plan, don’t hesitate to contact us.

Time of change: Not just leases

A glut of broad new accounting changes has overwhelmed the finance and accounting departments of many businesses. Here’s a quick overview of what’s changing when.

Revenue recognition. Starting in 2018 for public companies and 2019 for private ones, revenue must be reported using new principles-based guidance under ASU No. 2014-09, Revenue from Contracts with Customers (Topic 606). Weaver’s Risk Insights document on this topic provides a summary of the new requirements as well as a suggested timeline for implementation.

Credit losses. Starting in 2020 for public companies, 2021 for public entities that don’t file with the SEC, and in 2022 for nonpublic entities, ASU No. 2016-13, Financial Instruments — Credit Losses: Measurement of Credit Losses on Financial Instruments, requires banks and other companies that extend credit to immediately record the full amount of expected credit losses in their loan portfolios, instead of waiting until there are indications a borrower may default.

Tax Cuts and Jobs Act. In late 2017, Congress made sweeping changes to the federal tax code. Most of the changes for businesses are permanent and go into effect for tax years starting after December 31, 2017. As the law’s name suggests, many of its provisions cut taxes by lowering federal tax rates and expanding allowable deductions for businesses. But some changes are unfavorable to businesses. To complicate matters, many states have decided to decouple their state income tax rules from the TCJA changes. Differences in tax rules across state lines add complexity to filing business tax returns.

Weaver can provide guidance for navigating all these changes. Browse our Thought Leadership pages for more helpful information, and please contact us if you’d like assistance. 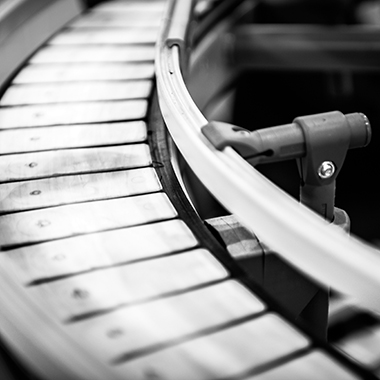 If your company needs to expand its facilities or update equipment, you may be weighing the pros and cons of financing vs. leasing. Here’s some…

The following infographic explains the things you need to know when implementing the new FASB lease standard. It walks through the important…